Happy 4th of July! And... happy fourth day in July to those of you not residing in the US of A or not celebrating. I can't say I did much in the way of celebrating; this look of the day was about it! I decided that, being it's a holiday, it called for more theatrical makeup than usual sooo... Here you go!

I was going for a 1940's pin-up version of patriotic makeup. I feel like I should be in a USO show... Hrrmm, I mentioned in a recent response to a comment that I was in a musical in 8th grade called "Don't Say No to the USO" (it was as AWESOME as it sounds, believe me), I wonder if that snuck into my brain and made me do this makeup! (Who am I kidding, I'm obsessed with retro makeup looks and that's where I've been getting a lot of my inspiration lately; I probably would have done something like this anyway!)

Here's what I ended up with: 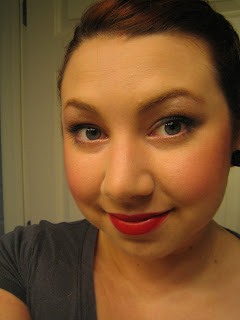 Here's what I used: 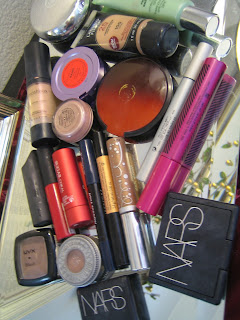 Face: Clinique Redness Solutions Base, Rimmel 25 Hour Foundation, The Body Shop All In One Face Base, Urban Decay blush in Bang, The Body Shop Bronzer in 01, Smashbox Luminzier in Flash, NYX blush in Taupe, NARS blush in Exhibit A.

Check out these INTENSE cheeks; definitely blotting a little before I leave the house today! But it's pretty for pictures :) 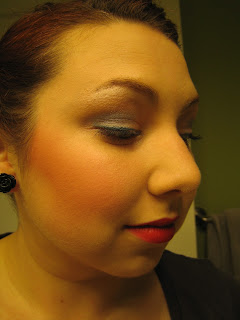 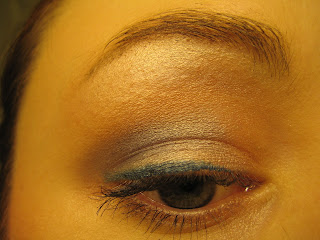 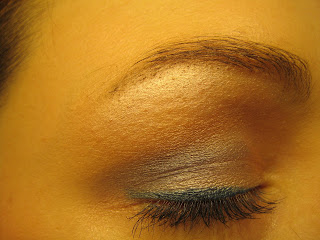 Lips! I mixed colors to get the perfect "America Red" I had in mind. I like this combination, they're already two of my favorite reds... I'll probably do this again.

Did you guys do anything special for the Fourth of July?