Sorry for my absence, I was living it up in Vegas! But I am back home now, and back to blogging! I brought my camera and meant to take pictures of looks while I was away, but I ended up being in a hurry every time I did my makeup, so I didn't have time to photograph. Howeer, I've been thinking about re-creating some of the looks I ended up doing, and even creating some more daring ones that I thought about using, but didn't end up having an occasion to wear; this was a pretty low-key trip to Vegas, and most of my time was spent just wandering the strip in relatively comfortable clothes/shoes, or at the Star Trek convention, so I didn't want to do anything too over the top. However, I did score some pretty awesome makeup while I was away, including a few products from Inglot and some new Urban Decay awesomeness. Stay tuned!

Today, I'm going to show you some lipsticks that I've had for awhile now but rarely use.In this post, I'll be reviewing the Creme formula Revlon's Super Lustrous Lipsticks I own, which are Pink Velvet, Sassy Mauve, and  Mauvy Night.  Revlon's Super Lustrous Lipsticks aren't my favorite, but they're certainly not a bad drugstore option; I definitely prefer them over L'Oreal's Colour Riche lipsticks, and they're not as tacky feeling as L'Oreal's Infallible lipsticks (which do stay on longer, however, because of said tackiness!) The black plastic cases aren't exactly luxurious, but they get the job done and are nondescript enough that they're not visually offensive, even if I wouldn't go so far as to call them attractive or stylish. You can find these at most drugstores as well as Ulta, Target, Walmart, etc..., so they have accessibility going for them! They'll run you about $5.99-7.99 depending on where you find them, but Revlon can often be found for BOGO sales at drugstores. Each tube contains 1.5 ounces of product. These smell strongly of a makeupy, waxy base with some sort of generic sweet/floral perfume, but I don't find it to be a terrible scent. I haven't noticed any taste in my experience with them, but the formula does feel a bit greasy on the lips and is thin enough that it has a tendency to settle into lip lines. It's a perfectly serviceable formula, but there's nothing to recommend it in my opinion.

So, lots of pictures ahead, but I wanted to include all three shades together! 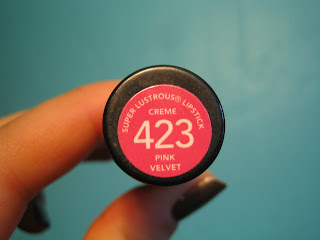 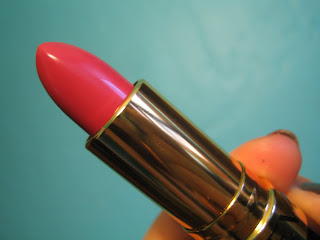 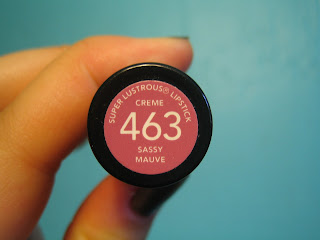 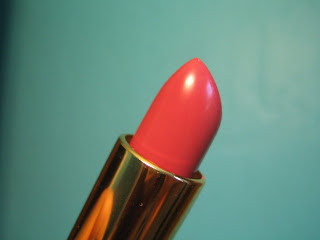 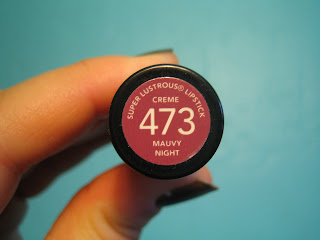 This lipstick is just fine, but between slightly less than average wear time, the faintest hint of an oily texture, and an emphasis on fine lines, it just doesn't cut it as a favorite. However, if you're looking to build up your collection of colors inexpensively or if you're just looking for a specific color that won't be a staple in your lipstick wardrobe, this isn't a bad option. There's nothing so offensive about these that I avoid them, but with better lipsticks so easy to come by (albeit often with a heftier price tag), this isn't a product I seek out.
Posted by Sarah at Tuesday, August 16, 2011